Injured Because Your Airbag Failed or Deployed with Excessive Force? Our Attorneys File Claims Nationwide.

Airbags provide significant additional protection to drivers and passengers by helping to limit crash forces and protecting occupants from contact with the hard surfaces of the vehicle. However, because airbags must deploy at a high rate of speed to be effective, they can also present a safety risk to automobile occupants. If you believe your accident was caused by a defective airbag, feel free to contact our auto defect lawyers and have our team assess your case.

Contact our defective airbag attorneys at (888) 711-5947 today for a free case evaluation.

Since airbags became a standard for vehicle safety in the mid-1990s, they have proven to be effective at improving the safety of vehicles. The National Highway Traffic Safety Administration (NHTSA) has conducted multiple studies verifying these devices’ effectiveness:

Despite these conclusive studies, there remains a misconception among some that airbags are not needed if a driver and passenger(s) wear seatbelts. This is not correct. Airbags and lap and shoulder belts work together as a restraint system. Restrained drivers and passengers who travel in a vehicle equipped with airbags are far more likely to survive a crash than belted individuals who travel in a car without airbags.

The Dangers of Defective Airbags

While airbag technologies have saved thousands of lives, they present a risk of death or injury to vehicle drivers and passengers when defective.

Identifying the Types of Airbags in Your Vehicle

The most common types of airbags today are frontal and side airbags:

The best way to identify the types of airbags installed in your vehicle or a vehicle you are considering for purchase is to examine the owner’s manual and inspect the auto’s interior. If you have additional questions about the airbags and the protection they are intended to provide, contact the vehicle manufacturer. You might also consider reading a vehicle’s safety reviews in publications such as Car and Driver and Consumer Reports.

Airbags that are intended to improve driver and passenger safety can cause injuries when there are errors in their deployment. These faults may follow any number of patterns. Here are some of the most common airbag defects:

Too often, these defects cause serious injuries to vehicle occupants. We have helped clients with:

Some automobile and airbag manufacturers continue to face significant challenges in designing and manufacturing safe, durable, and reliable airbags that serve their intended purpose without creating separate safety threats to the consumer. Many have been forced to recall hundreds of thousands of cars that had faulty airbags.

In late 2012, the Immigration and Customs Enforcement Agency (ICE) announced an investigation into widespread counterfeiting of replacement airbags which were sold online to unwitting consumers and auto repair and service stores. In a test crash conducted by Honda, one of these counterfeit airbags exploded, sending fire and debris from the steering wheel toward the vehicle occupants. The government announced that approximately 250,000 vehicles may have been affected.

If you had your vehicle’s airbag replaced by a non-dealer repair shop or replaced the airbag yourself via an online purchase, please visit your local authorized car dealer to have your airbag inspected and certified. 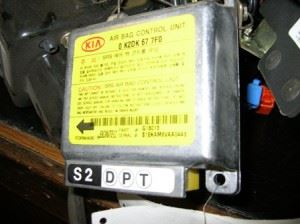 The Future of Airbag Technologies

According to the NHTSA and the Insurance Institute for Highway Safety, future airbags will likely possess a number of innovations to improve safety and further limit injuries to occupants from airbag deployments. Some of the recent innovations in airbag technology include:

For adult vehicle occupants, it isn’t your size, age, or gender that determines your risk for airbag injuries. Your position in relation to an airbag is most important in identifying adult airbag injury risk factors. Most adults can greatly limit the risk by buckling up. Short and elderly drivers are less vulnerable to airbag injuries if they use seat belts and sit at least 10 inches from the steering wheel. NHTSA studies show that most airbag deaths occur when people are not belted in or the occupant is positioned too close to an airbag. 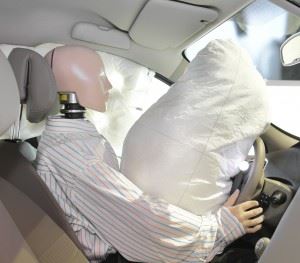 The following are a series of NHTSA safety tips to maximize the benefit of airbag and seatbelt safety restraint systems:

Should I Ever Turn Off My Car’s Airbag?

NHTSA recommends that you not turn off the airbag except under very limited circumstances. People who may benefit from turning off an airbag are:

What Should I Do If I Am Injured by an Airbag?

If you or a loved one was injured by an airbag in a crash or non-crash incident, make sure to immediately seek medical attention. Then, make sure that the vehicle is preserved. Communicate in writing with your insurer or any other business or organization regarding the location and security of the vehicle and obtain written verification that the vehicle will not be modified, destroyed, sold, or otherwise disposed of as it may constitute evidence in a legal matter. If the vehicle is destroyed, your legal options may be severely limited due to the inability to fully investigate the nature of the product defect. 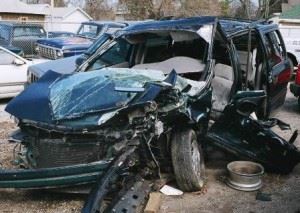 Contact an auto product liability attorney at The Gilbert Law Group® for a free consultation to discuss your airbag defect case. Call us at (888) 711-5947. We serve clients nationwide.

The Gilbert Law Group® has years of experience in successfully litigating airbag defect cases on behalf of victims who sustained serious injuries. Our in-house engineering department is unsurpassed in technical know-how and innovative investigative techniques that enable us to carefully and efficiently identify product defects and assess your legal options early on in a case.