We File Suits Nationwide Against Automakers for Dangerous and Faulty Locks, Latches, and Doors

One of the last things that a driver worries about is whether their car door will work in an emergency. However, car door malfunctions are more common than most people think. Thousands of vehicles are introduced into the market by automakers who have not fully verified their design and safety. Sadly, some safety flaws are not discovered until it is too late.

When a car is involved in an accident, a driver may need to exit the vehicle quickly. A defect in a car’s door latch or lock can trap people in a vehicle, causing them to suffer further injury. In other cases, a faulty auto door latch can prevent a door from closing properly while a car is in motion. A door unexpectedly opening can cause an accident.

Call us for a free consultation if you or a loved one was injured by a faulty car door lock or latch. The Gilbert Law Group® is available at (888) 711-5947.

How Car Door Defects Cause Harm

In some cases, a car door that refuses to open is an annoyance. When a door latch malfunctions while driving or during/after an accident, people inside the car face an increased risk of serious injury. Car door defects our attorneys can help with include:

Multiple automakers have discovered problems with door latches, locks, and handles long after they have released a vehicle. These issues often increase the risk of accidents and/or injury.

Some automakers have been forced to recall vehicles for car door defects that put drivers and passengers in danger. Here are recent recalls of this type:

Not all companies issue timely recalls when dangers are discovered. For instance, Tesla has long had unreliable doors, locks, and latches, especially on the Model S. In February of 2019, this unaddressed issue resulted in a fatality. A Tesla Model S driver lost control of his car and crashed into a tree, which caused the vehicle to catch fire. He was incapacitated by the crash and could not open the door himself. Emergency personnel who responded to the scene were unable to open the Model S’ doors because the outside handles default to laying flush against the car’s body.

Tesla says the Model S’ doors will automatically unlock and the door handles will extend when its airbags deploy, but this feature did not activate in the crash. The man’s death was attributed to smoke inhalation, as he did not exhibit any internal injuries or broken bones. Tesla has not issued a public response to this tragic incident. As far as we know, the danger still exists for Model S owners.

We have helped clients who suffered losses because of faulty doors, latches, and locks. Our in-house engineering team can demonstrate how these malfunctions come to be and show how a properly made vehicle would have kept its occupants safer. 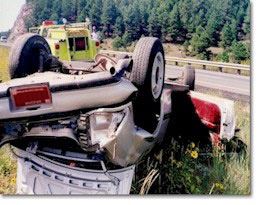 In one case fought by The Gilbert Law Group®, we helped a family bring a wrongful death case after a rear-end accident turned tragic. The driver’s seatback collapsed when he was hit from behind, causing him to lose control of his car. When the vehicle rolled, the driver-side door popped open, rendering the door-mounted seat belt useless and causing the driver to be ejected. He suffered fatal injuries. The case against the car manufacturer settled for a confidential amount. 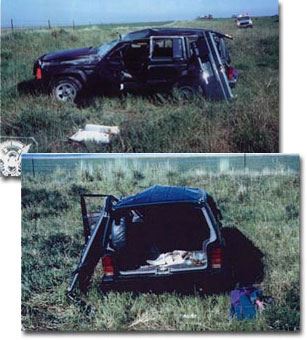 In another case, our client was in a rollover accident during which their vehicle’s tailgate popped open, leaving a large ejection portal. Their child was ejected and suffered fatal injuries. Our research revealed numerous other accidents involving the same model vehicle in which the tailgate—made from a fiberglass-like material—had broken open. The case was resolved shortly before the scheduled trial.

With more than 50 years in business, The Gilbert Law Group® has fought—and won—against many of the biggest automakers in the business. We have recovered over $1 billion for our clients, many of whom suffered catastrophic injury or lost a loved one because of a defective auto part. With a nationally recognized litigation team and an in-house engineering department, The Gilbert Law Group® has what you need to bring a strong claim. We have a national reputation and the resources to fight cases against national or even international corporations. At the same time, our attorneys are responsive and available to you whenever you have questions. We will offer an honest representation of your legal options and the merits of your case.