Protecting the health and safety of a baby is the goal of any expectant mother. Despite decades of progress in improving automobile safety, injuries sustained from vehicle crashes remain one of the most serious threats to the health of the mother and baby.

Greater public attention needs to be focused on the importance of proper vehicle safety practices by pregnant women, as well as the need for greater advances in our scientific understanding of how to better protect fetuses in accidents.

Is it Safe for Pregnant Women to Wear Seat Belts? 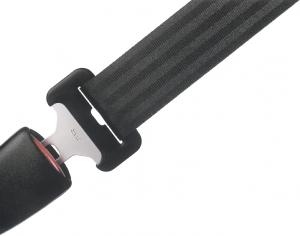 Yes. All pregnant women are required by law to wear seat belts. Unfortunately, despite multiple studies proving otherwise, there remains a misconception by some that wearing a seat belt can cause harm to the fetus in a collision.

MYTH: A seatbelt causes harm to a fetus during an accident

While it may be uncomfortable for women to wear seat belts, particularly in their second or third trimester, to protect the health and safety of the mother and baby it is essential that mothers wear seat belts at all times, regardless of their seating location in the vehicle.

Despite significant efforts to increase public awareness regarding proper safety restraint use by expectant mothers, auto accidents are the leading cause of death for pregnant women, even in higher than complications from child delivery.

The best way to protect the fetus and increase the odds of the baby’s survival in a vehicle crash is to protect the life and health of the mother. A 2008 landmark study in the American Journal of Obstetrics and Gynecology examining fetal outcomes in motor vehicle accidents in relation to maternal restraints confirmed the importance of protecting the mother through universal seat belt use.

The study found that the strongest indicator of the likelihood of fetal survival of a motor vehicle crash was the severity of a maternal injury. The analysis found that the best way to protect the health of the mother is for the mother to be restrained in a three-point seat belt, meaning a seat belt with a shoulder and lap belt.

The study revealed that 80 percent of unrestrained pregnant women had adverse fetal outcomes, including the death of the unborn baby or other serious neonatal health complications.

Our skilled legal advocates are standing by to help you if you've been injured in an accident.

Statistics of Fetus Injury and/or Death in Auto Accidents

Are You Suffering Placental Abruption?

Placental abruption (placenta abruptio) is the leading cause of death for fetuses involved in car crashes. According to the National Center for Biotechnology Information, a placental abruption is the separation of the uterus from its attachment to the uterus wall before the baby is delivered, which causes the fetus to be starved of oxygen and nutrients.

Symptoms of placental abruption can include abdominal pain, back pain, uterine contractions with little or no pauses in-between, or vaginal bleeding.

In 40 to 50 percent of all cases, fetal distress occurs quickly after the abruption takes place. It is imperative for an expectant mother to seek immediate medical attention if she is displaying symptoms consistent with abruption.

According to the Journal of Obstetrics and Gynecology, complications from abruption following a car crash may include premature delivery, low birth weight, neonatal respiratory distress, or other serious conditions which may lead to serious and long-term health challenges for the child.

Why is Proper Seatbelt Use So Important? 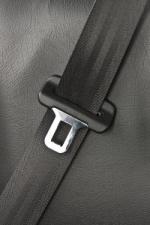 To better understand the types of collision forces that harm the fetus and placenta, engineering scientists at Virginia Tech University are developing the first complex micro-data computer models to better understand the effects of collision forces on a pregnant woman’s abdominal area and to measure the amount of force it takes to rupture a placenta. The other purpose of the simulation models is to analyze the effectiveness of supplemental restraints and other additional safety mechanisms that are being developed for use by pregnant women during vehicle travel.

Where should pregnant women sit in the vehicle?

The best place for pregnant women to sit if they are not driving is in the back seat. Crash forces are typically most severe in the front of the vehicle.

How should an expectant mother position herself if she is the driver?

Adjust the seat to be as far away from the front of the vehicle as possible. Some newer vehicles have the capacity to electronically adjust the height of the brake and gas pedal. Review your vehicle owner’s manual for this information. If necessary, purchase foot pedal extenders which provide up to an additional 3 inches of space away from the steering wheel. At a minimum, the breastbone should be at least 10 inches from the steering wheel or dashboard.

Should I turn the air bag off?

No. The 2008 American Journal of Obstetrics and Gynecology study found that air bags do not worsen fetal outcomes in vehicle collisions. The evidence suggests that the accident outcomes are very similar when pregnant women use a 3-point seatbelt and airbag versus when a pregnant woman uses only a three point seatbelt restraint.

What is the proper way for a pregnant mother to wear a seatbelt?

The shoulder belt helps keep the pressure of the collision forces away from the fetus in the belly region.

Women should never place the shoulder strap behind the body or sit on the lap belt. Doing so will negate the effectiveness of the seatbelt and present severe risks of serious injury to both mother and baby in an accident.

What Should Injured Mothers Do After an Accident

If an unborn baby and mother are involved in a motor vehicle accident she should seek immediate medical attention to ensure the health and well-being of the fetus and herself, regardless of the severity of the collision.

Please call (888) 711-5947 to discuss your situation with attorneys experienced in investigating and litigating defective product cases where a mother and/or unborn baby have been harmed.

You can also reach us through our e-mail contact form. All initial consultations are free.

Additional information and resources on this topic include: