A Legal Team You Can Trust $500+ Million Won

On June 30, 2013, a Vermont jury awarded a $43.2 million verdict on behalf of a Gilbert Law Group® client against a vehicle seat manufacturer, Johnson Controls, Inc. This is the largest jury verdict in Vermont state history, the previous record being $8 million. The Gilbert Law Group® and co-counsel Langdon & Emison (Kansas City, MO) and Van Dorn & Curtiss (Orford, NH) are honored and proud to have represented the Plaintiff, a refugee from Bosnia.

The Plaintiff’s seatback, equipped with a single-sided recliner, collapsed upon impact.

In August 2007, the Plaintiff, Dzemila Heco, was stopped for a red light in her Dodge Neon. She was rear ended by another vehicle traveling 40 mph. During the collision, the Plaintiff’s seatback collapsed, ejecting her into the rear seat area. Ms. Heco suffered a paralyzing neck injury leaving her permanently quadriplegic.

The trial was challenging. The Gilbert Law Group® hired experts in the fields of forensic pathology, automotive seat design, accident reconstruction engineering, computer modeling, forensic accounting and life care plans. Shortly before trial, The Gilbert Law Group® settled for a confidential amount against the local Dodge dealer who sold the vehicle new to Mrs. Heco in 2000.

The Gilbert Law Group® claimed the client’s seatback was too weak because it only had one recliner mechanism. The recliner mechanism holds the seatback in its upright position. A dual-sided recliner would have been twice as strong and would have prevented the seatback from torqueing and twisting. Johnson Controls’ own testing and internal documents demonstrated its knowledge that the single-sided recliner failed at between 8,000 and 9,000 inch-pounds of force.

JCI even filed a patent discussing the disadvantages of a single-sided recliner and the benefits of a dual-sided recliner in 1998, two years before the Plaintiff’s vehicle was manufactured. The patent states that seats equipped with single-sided recliners “are markedly stressed, especially in rear impact configurations and … can lead to significant torsion in the frame of the back … which is likely to injure the occupants of said seats or even eject them.” 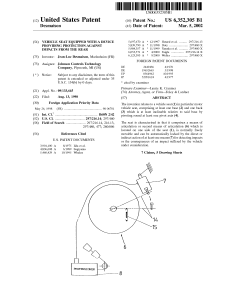 The 12 member jury rejected Johnson Controls’ defense that claimed the seat met all of Chrysler’s minimum specifications for seatback strength. The jury found that the seat was defective because it should have been made safer and decided Ms. Heco should be awarded the record $43 million verdict in order for her to receive premium care for the rest of her life.

Exactly 20 years before the start of trial June 17, 2013, the Plaintiff, her husband and her two children were residing in Sarajevo during the Bosnian war. Her husband was shot and killed while defending his village. The Plaintiff took her children, with only the clothes on their backs, through a tunnel beneath the Sarajevo airport and found a bus that would take them to Croatia. From Croatia, the family immigrated to the United States and has lived in Vermont since then. While living in Vermont, the Plaintiff worked three jobs each week in order to support her sons.

After the paralyzing injury in 2007, Ms. Heco could no longer work and she has been entirely dependent upon others for all of her care since that date. Her sons became her sole around-the-clock caregivers. Both sons testified that their care and commitment was out of love and respect for their hero mom who kept them safe after they fled Bosnia. 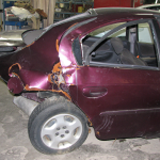