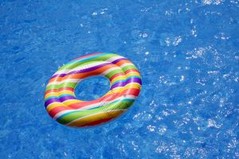 A child can drown in less than the time it takes to answer the phone. Most child drowning take place in the home, where a small child can drown in several inches of bathtub water. A surprising number of children die or are severely injured in water even when being supervised. 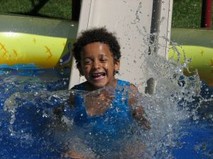 For every child who dies from drowning, there are four others who are hospitalized for near- drowning. Of those, 15% wind up dying in the hospital, and another 20- 25% suffer permanent brain damage. Brain damage can happen in five minutes under water, leaving a child mentally incapacitated for life, with the attendant costs of care. A near drowning victim’s medical expenses have been estimated to top $75,000 for the injury itself, and then up to $200,000 a year after that. Lifelong care for brain damage victims is in the millions of dollars.

Does a parent whose child is a victim of a drowning incident have any recourse against the people who were in charge of the pool or other water danger? It is possible, depending on the facts of the case. Courts have found pool owners and other property owners who have standing water on their land liable for injuries under several different theories, depending on state laws.

An experienced law firm familiar with all of the different laws and theories in all of the possible jurisdictions can help you evaluate your individual situation to see if you may have recourse against parties who caused injury to your child.

Not all drowning accidents are caused by landowner negligence. Certain defective products can create dangerous drowning hazards to young children. In these cases, designers, manufacturers, retailers, and installers may all potentially be held liable for resulting drowning injuries.

Some of the many dangerous products known to create drowning risks include:

Contact our office to schedule your free initial evaluation.