Was Your Child Injured by a Defective Toy? 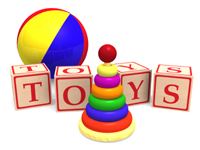 In the United States, families purchase more than 3 billion games and toys each year. Yet, many of these games and toys present a threat to your children’s health and safety. Too often, families face the traumatic experience of a child being injured or killed by a defective toy or game.

The Gilbert Law Group® is one of the most respected and successful products liability law firms in the country. We have decades of experience representing families and children who are injured or killed by defective products.

Recent statistics present an alarming picture of a set of products that are supposed to bring enjoyment to your children.

According to those statistics, from the National SAFE KIDS Campaign and the US Consumer Product Safety Commission (CPSC), Approximately 155,400 children, ages 14 and under, were treated at hospital emergency rooms for toy-related injuries in 2003. Nearly half of the children treated for these injuries were ages 4 and under. While only about 3 percent of these injuries require hospitalization, unfortunately there were at least 16 nine- and- under child deaths that year caused by toys.

Half of the deaths were caused by choking and suffocation, mostly from toy balls, latex balloons and game dice. Children under four, who account for half of these statistics, are particularly susceptible to choking injuries because they put everything in their mouths, and because their air passages are smaller than those of older children and adults.

The vast majority of toy-related deaths in children age 14 and up involve some sort of motorized toy. Under 14, many injuries come from non-motorized scooters, skateboards, and similar products.

Other causes of toy-related deaths in 2004 included drowning, suffocation, strangulation, and riding toy accidents (such as when a child is hit by a motor vehicle while riding a toy, or when the child rides a toy into a body of water).

Riding toys, including non-powered scooters and tricycles, are associated with more injuries than any other toy group. In 2005, more than 58,000 injuries to children were treated in hospital emergency rooms due to injuries sustained from a riding toy.

Toys are continually being recalled because of safety issues. Over 25 million toys were recalled in the fiscal year ending September 30, 2007.

Very simply, there are millions of products sold into the marketplace every year that endanger children. The manufacturers of these toys need to be held accountable if their products injure a child. Toy manufacturers must be held to the highest possible standard of safety; they are selling their products to the most vulnerable members of society—children.

Thankfully, federal regulations have helped to reduce the number of child injuries and deaths from defective and dangerous toys and games. The Child Safety Protection Act requires toy and game manufacturers to place visible warning labels on packaging for small balls, balloons, marbles, and some toys and games containing small parts. The Hazardous Substances Act bans toys, games and children’s clothing from containing dangerous substances or materials, to include lead or other elements that present hazards. If you purchase a toy or game that you believe may not be in compliance with federal regulations, please contact the CPSC to report your concerns.

The Gilbert Law Group® is available to represent families in all fifty states in wrongful death and child fatality cases resulting from dangerous products and conditions and where children have experienced serious bodily injuries, traumatic brain injury, and spinal cord injuries from unsafe toys.

If your child has been injured or killed in an incident involving children’s clothing, toys or games, please contact us today to learn how we can help you.